Spiders such as Black Widows and Brown Recluse use their venom to paralyze the prey including human, pets, and wild animals. Previously, we’ve discussed how you can repel or kill these arachnids using sprays, repellents, and spider bug bombs.

Windex is a common and readily available household cleaner and stain remover. So, a spider has just appeared in your sitting or bedroom and you’re wondering, does Windex kill spiders?

The direct answer is, YES, Windex will kill spiders since it contains ammonia (in water – ammonium hydroxide) and sodium dodecylbenzene sulfonate that’ll block the spider’s book lungs (breathing holes in spiders) and thus suffocating it.

The ammonium concentration emits gas that repel spiders (and other insects) from your house or compound. Windex can also kill other insects such as fruit flies, ants and termites.

However, take caution when using it to kill stinging insects such as bumble bees, wasps and beetles because you may get stung before killing happen. 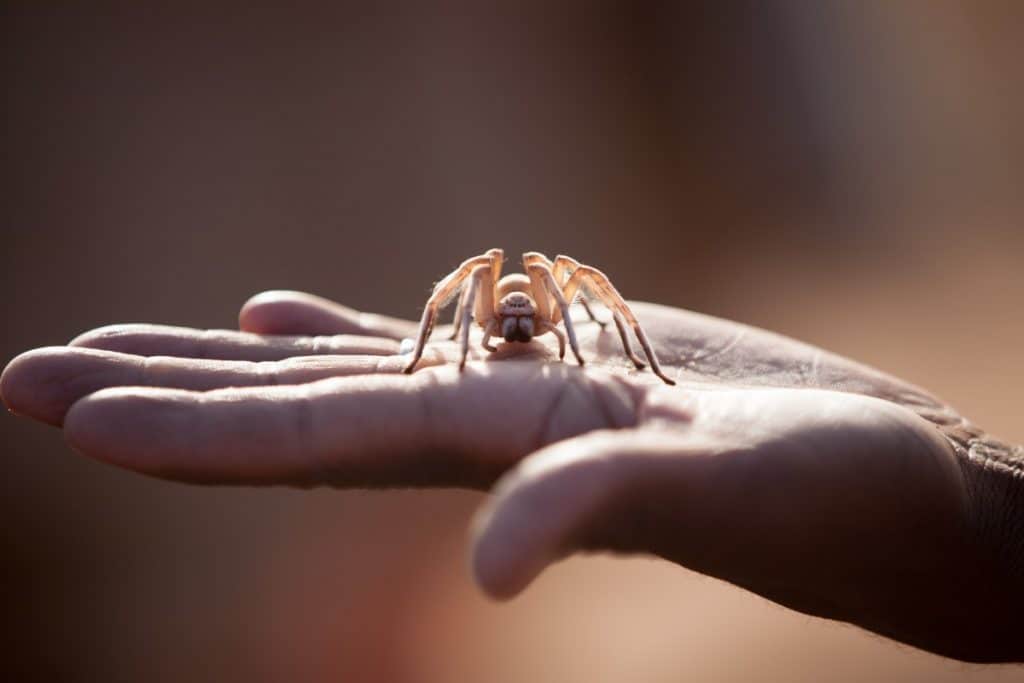 2. How to Use/Spray Windex for maximum action.

Windex product is manufacture and packed in a liquid form. Its application is through spraying. Therefore, you will be required to follow these steps when using it.

NB: Windex best kill spiders in enclosure/indoor. In case your spider infestation takes longer to die, I recommend you change to another spider killer in the market or use traps. 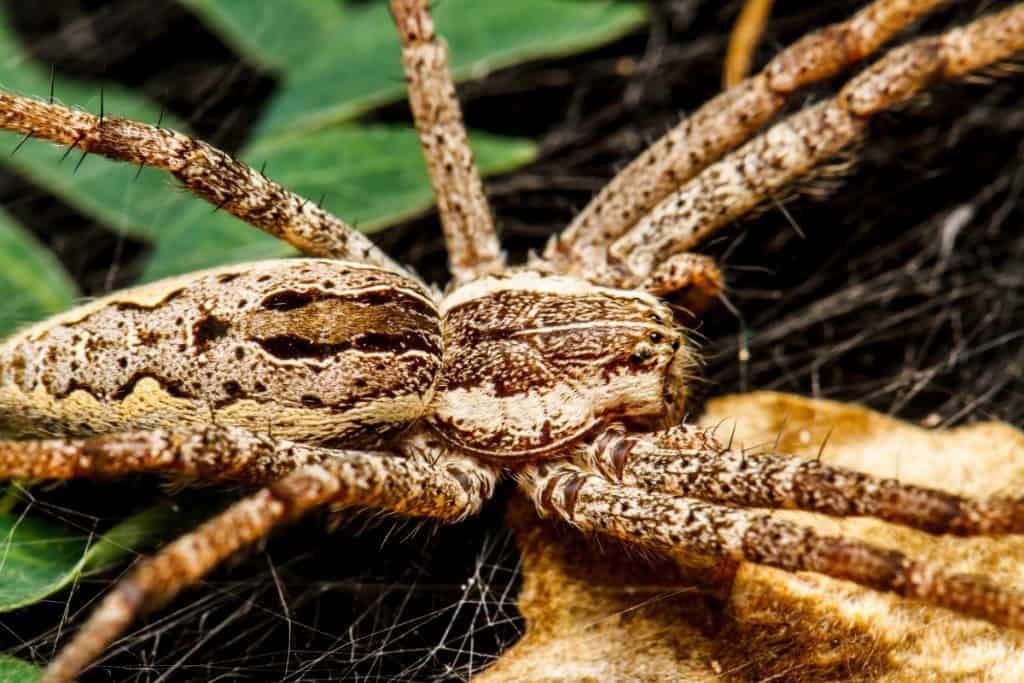 3. How long (time) Does Windex Take to kill Spiders?

Windex kills on contact. It will take 1 to 15 minute (maximum) to kill a single spider once the spray is inhaled. The rate and time for which the Windex kills a spider is determined by the following factors.

Apart from Windex, you can use the following substances or methods (natural/artificial) to kill or get rid of spiders in your place.

a. Use of Vinegar.

Vinegar is a weak acid of pH between 4 to 8 that emits smell which keep off spiders in your house or compound without necessarily killing them. Your will require to mix 1 cup of vinegar with 5 cups of water. Then, spray the concoction in the spiders’ hideouts to saturation. You will require to spray the mixture twice per day for 10 to 15 days.

You can also blend white vinegar with coconut oil in a 5:1 ratio. The coconut oil will form a thick layer on their body blocking their respiratory system. In addition, the mixture emits unbearable smell that that keep off spiders. You will have to spray this mixture daily for 2 to 6 weeks for complete elimination of spiders in your home. This combination is friendly as it cause no negative effect on user on application.

Black peppers are natural way of eliminating spider infestation in your home. It is a perfect solution when you need to repel spiders in your place than kill. You will need to grind several black peppers into fine pieces and sprinkle to spider hideouts.

You can also boil (3 to 4 cups of water) the black peppers and then strain the water before spraying in spider-infested areas. Black pepper is also able to repel other insects such as spider mites and ants.  Keep of kids while spraying your house/place – the spicy peppered liquid cause itching and burning sensation.

c. Use of Diatomaceous Earth.

Diatomaceous Earth is one of the best natural ways of killing and eliminating spiders in your home as it occur as a natural siliceous and soft sedimentary rock that has a killing portion in it. Your will need to grind it into very fine particles before sprinkling on to spider infested areas.

Diatomaceous Earth acts on contact. It has sharp edges that penetrates easily killing the entire life cycle of spiders (eggs, larvae and adult).

On contact, the Diatomaceous Earth absorbs fat and oil from the exoskeleton (specifically cuticle) of the spiders thus killing them by dehydration.

Moreover, Diatomaceous Earth emits smell that repels spiders and other insects such as cockroaches and fleas in your home. NB: Wear gloves (dehydrates hand), breathing Masks (causes irritation of breathing system) and use food grade diatomaceous Earth for safety measure.

d. Use of Essential Oils.

These are natural spider repellents that help keep away spiders from your house or compound. They produce smell that disrupt the spider infestation sending them off.

Some of these Essential oils for bed bugs include Peppermint oil, pine oil, sweet orange oil, garlic oil, rose oil, cedar wood oil and citronella oil among others. You will only need to spray/apply essential oil in spider hideouts or infested area after every 3 days for a month. Essential oils also repel flies, lizards and mosquitoes in your home.

5. Which other insects can Windex kill/eliminate?

Apart from eliminating spiders, Windex can kill other insects such as bumblebees, wasps, ants, spider mites, beetle, moths and houseflies. You will only require to spray a colony of these insects, their path and hideouts and you will find them death seconds.

Windex is quick acting for normal household concentration product when killing these insects as they are smaller and need less killing dose than spiders (you won’t need to order for special concentration package).

Windex will kill these insects by blocking the respiratory system (spiracles) thus suffocating. The cause of suffocation is due insufficient supply/circulation of oxygen in the body, as ammonia remain held in red blood cells within heamocoel (open blood cavity in insects).

Moreover, Windex will repel these insects since ammonium component in the product produce odor that disturb their presence.

Is Windex Poisonous to Humans and Pets When Used To Kill Spiders?

The Windex is not 100% for human use as it contains ingredients that affect both your humans and pets during use. Ammonium hydroxide may cause irritation of skin and respiratory system when inhaled. In addition, it cause watery eyes and burning sensation to your humans and pets on contact.

The fragrance and Liquitint sky blue dye used in Windex may cause respiratory disturbance and are high source of allergy for allergic sensitive people. These fragrances make your pets cough abnormally and even get chocked.

Chemicals Hexoxyethanol, Isopropanolamine and Sodium dodecylbenzene sulfonate cause skin irritation and burn on long use. They also have respiratory disturbance when inhaled.

Windex will kill spider infestation in your house or compound on contact. It contains ammonium compound, which inhibit absorption of oxygen in the book lungs of spiders thus killing them by suffocation.

link to How to Get Rid of Flea Eggs on Cats?

Previously, I discussed the top flea foggers, but in this post, we'll cover how you can get rid of cat flea eggs. In short, to get rid of flea eggs on cats, Bathe the cat with a flea shampoo,...

Flea eggs and pupae can remain dormant for long lying under carpets, pet fur, or clothes lying on the floor. But, cats & dogs - which are warm-blooded are their preferred hosts.   Also, fleas...

Pestpolicy.com is a participant in the Amazon Services LLC Associates Program, an affiliate advertising program designed to provide a means for sites to earn advertising fees by advertising and linking to Amazon.com. Pestpolicy also participates in Media.net affiliate program.